The Afterlife Communications of A Lawyer

Sitting at my desk writing, I suddenly felt the energetic landscape of my room alter. Next, my attention was drawn upward. Then the panoramic, multidimensional Dreamscape opened and I saw Susan with her beautiful red hair standing on a staircase directly above. She looked down into the room I was sitting in, calling my attention with her presence, her stare and her unwavering intention to communicate. Then I heard her say that she was trying to be patient, but that it was so difficult to be patient when, “there is so much to say.”

Susan had been a very hard working lawyer and mother of two beautiful girls when she was diagnosed with cancer and within nine short months, had passed over. She’d been a particularly close colleague and friend of Jenny, who was a barrister and a client of mine. Jenny was due to arrive any moment for her consultation. I realized Susan was clearly eager to communicate.

The very next moment I became aware that my energy was heightening and I was being taken into a greater state of non-locality. I adjusted myself in my chair, switched on my phone’s recording app, and waited attuned and aware.

Moments later my conscious awareness was transported to the moment she lay dying. I could see a woman in spirit communicating with Susan as she was slipping into unconsciousness.

“We’ve got lots of lovely things waiting for you.”

Within a short few moments I could hear Susan’s conscious awareness respond to them: “I don’t know whether I want to go yet.”

At that moment a spiritual mentor and support person of Susan’s began to communicate with me.

“It’s just a process. It’s all part of moving on. A part of her is very sad about leaving the girls.”

Whenever I’m being used as an instrument for these sacred and soulful visitations and communications between worlds, I feel everything so fully and so deeply that I’m very often moved and emotional during the exchange. So while I understood that Susan’s life had been brought to its time of completion here on earth, not having had any contact with my own daughter for many years now, Susan’s grief of having to let go and move on from being their mother on this earth plane, really touched me. I began to cry as I felt her deep sadness and sense of loss.

Perhaps being a strong pragmatic lawyer, Susan initially seemed a little surprised at my emotional and compassionate response. Though moments later she appeared to have softened and was more at ease. Perhaps my empathy and understanding had brought her comfort and deepened our connection.

She stood at the edge of the staircase. I felt her depth and willingness to share her heart with me now.

“You can’t imagine what it’s like to be here and to realise how much you did there that you didn’t really want to do,” she said.

“I never realised I had a choice about most things I did, and yet now I’m here it’s so clear to me,” she continued, seemingly confronted by the higher heavenly viewing platform her greater awareness now provided her.

Then she began to share information and insights about my own pathway. She said I was to continue to write and teach about what I see and experience and the wisdom those experiences reveal to me.  She encouraged me to understand that my work would help a lot of people. I felt honoured and once again truly blessed by the gift of my life here on earth.

“People have to come alive. They’re often deadened by the work they do. You must tell them about choice. Tell them to stay still long enough to realise they have a choice. I was never still. My work consumed my life. It’s too late and you can’t do anything about it once you’re here.

“I realise now I’m here that it’s all gone. All those opportunities I missed because I couldn’t see that I really had choices. I would take it all back if I could. I want everyone to know you have time to do everything you want to do if you make the right choices.”

Next she made reference to her newfound experience that her daughters and her mother and others couldn’t tell when she was actually there with them. This was always something those who passed over made comment on, and how they have to become used to being unseen and unheard once they leave here. It always seemed so normal for them to communicate with me and those, who like me, who could see beyond the ordinary and into the quantum field of unified consciousness. How different our grieving would be if we knew the truth of continued living beyond the death of the body, and we could all see through a multidimensional lens.

It was at that point I heard a knock at the door. It was Jenny, who was Susan’s friend who had arrived for her session with me. I briefly explained to Jenny that Susan was here and that she’d already been communicating with me. As Jenny sat down on my sofa, Susan began to speak directly to her.

“It would be a terrible mistake to say things you really don’t mean because you’re feeling upset … Your mind is too busy, it’s going all the time. It almost wakes me up! I get tired listening to it. Switch it off before you drive yourself crazy,” she said, as Jenny and I smiled at the irony of her words.

“Don’t waste your time feeling sad let your heart be free,” Susan continued, as she made her way down the stairs and into the room.

Once again I felt her reluctance to leave and her desire to stay and be heard.

The very next thing I knew was that Susan was walking towards me with a quickened pace and clear intention. She walked straight up behind me and then I felt my body push forward slightly. I was shocked to feel Susan had moved into the same space-time location occupied by my body. Next she used my hands to reach over to Jenny’s hands and she held them tenderly in hers. For some moments she entwined their hands as I sat watching and feeling her extraordinary tenacity to reach out to her dear friend one last time.

I looked up into Jenny’s face and asked her what this meant to her, why she felt Susan was holding her hands in this very unusual way.

Stunned and breath-taken, Jenny looked at me and paused, searching for the words and wrestling with her emotions.

“The last time I visited Susan, it was to be the last time I would see her before she died. I sat on her bed next to her, and held her hands. This is the exact way our hands became entwined during our goodbyes,” she explained, as her eyes flooded with tears.

As soon as Jenny understood and felt her connection, Susan stepped back and moved back towards the staircase.

At that moment I could see the most beautiful tropical rainforest reveal in the Dreamscape. It’s peace and tranquility pervading the room. I knew straight away it was the ancient Daintree Rainforest up in Far North Queensland.

Next I could clearly see Susan walking in the rainforest, moving up close to touch the trees, to feel the exquisiteness of nature. Then she spoke for the final time.

“I should’ve stopped and felt things more. If I had my chance over again, I would’ve appreciated more. I would’ve chosen to enjoy life more. It all looks so much more fascinating now that I’m here. I realise it was all there and I lived too fast to even see it. If I could I’d take a magnifying glass and zoom in on every beautiful thing, in every beautiful moment.” Then moments later, she was gone.

PrevPreviousFalling Through Time – An Excerpt From Elizabeth’s Book, There Are No Goodbyes
Hay House 2017
NextFinding Viable Navigation When Life’s Challenges Seem InsurmountableNext 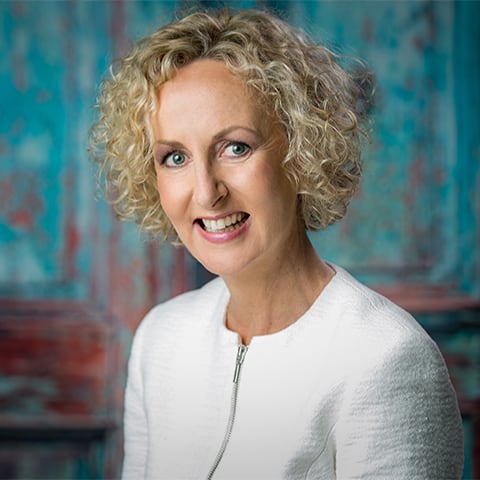 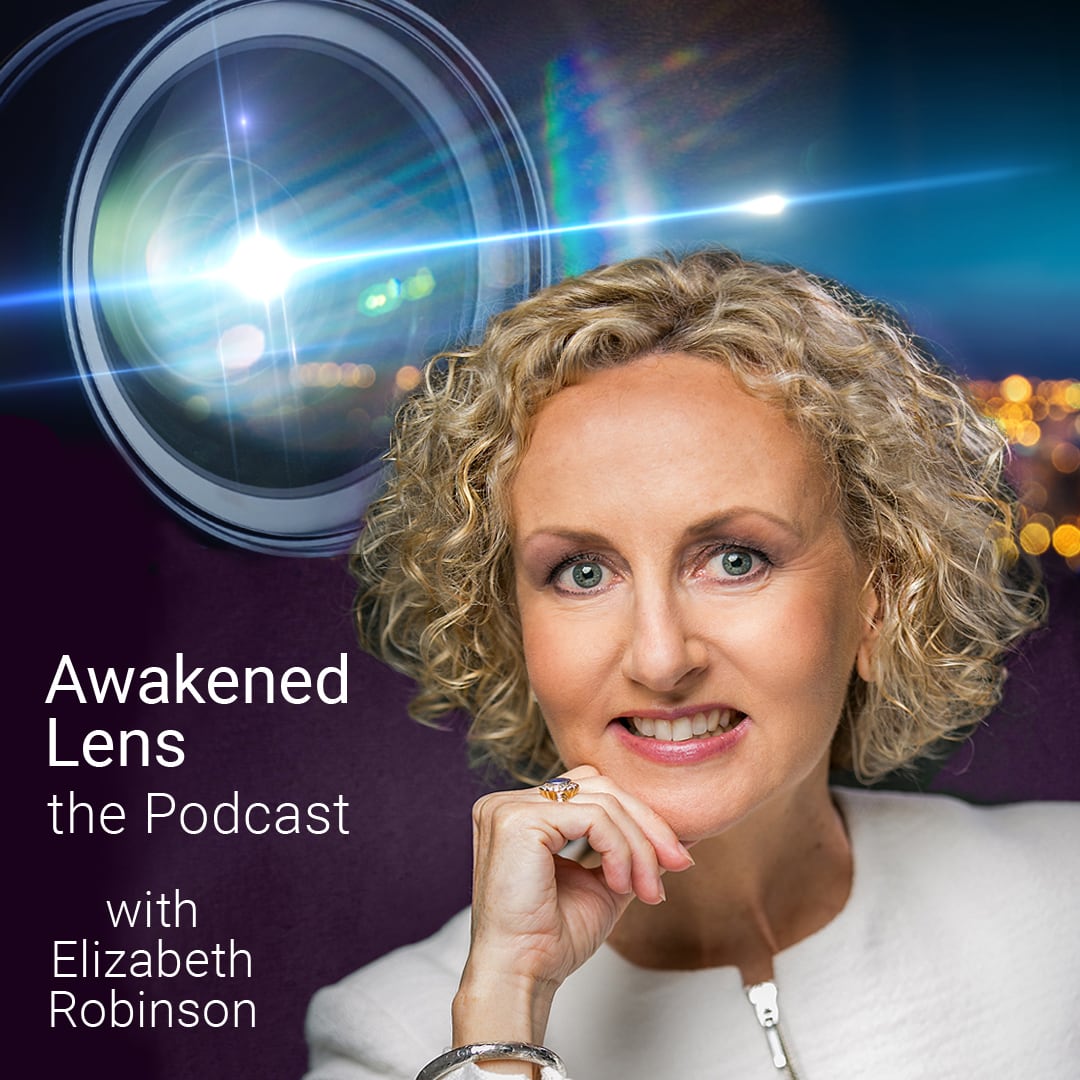 The Afterlife Communications of A Lawyer